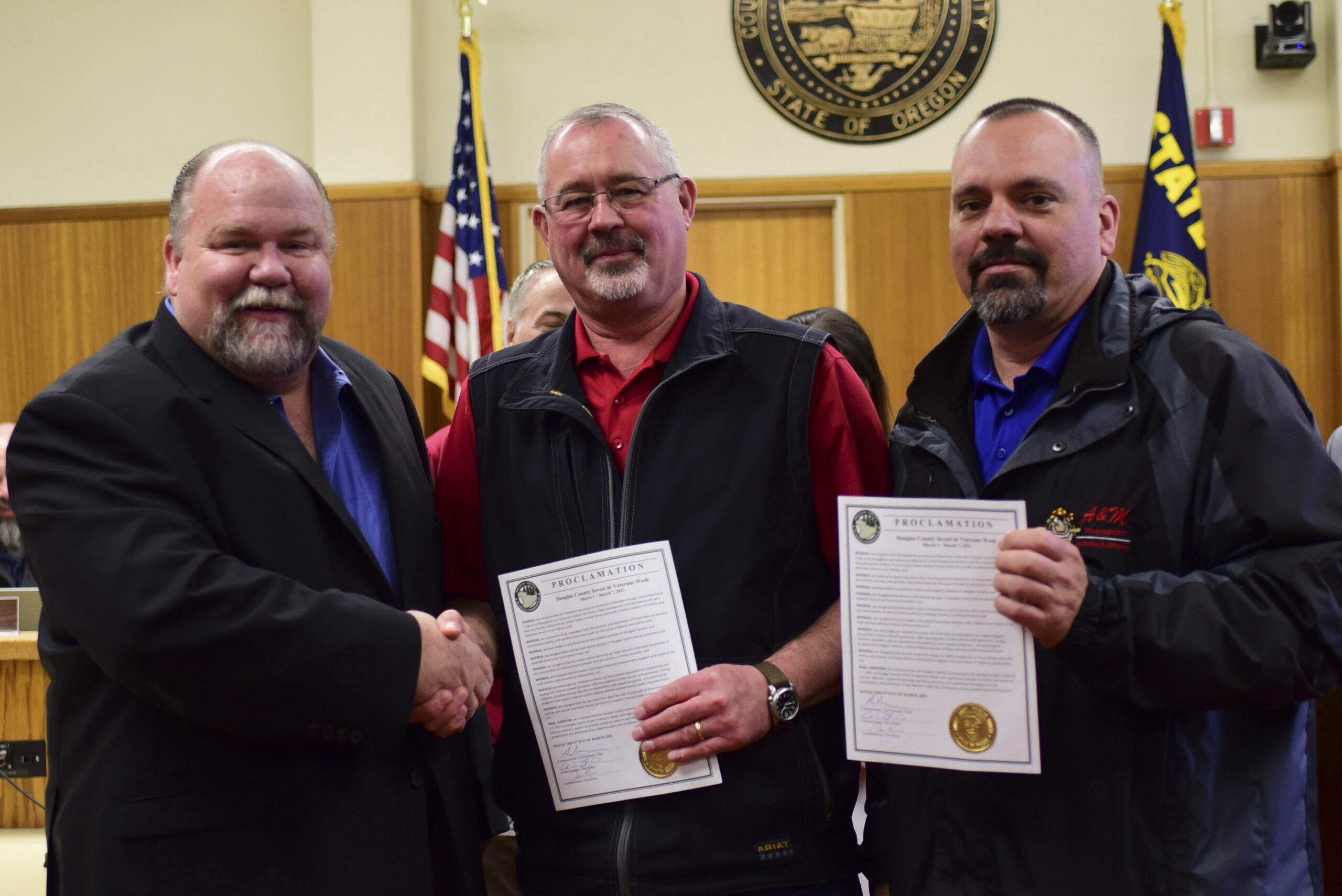 By Rachael LarsonApril 19, 2022No Comments

Commissioner Tim Freeman read the proclamation and presented 17 Douglas County businesses and 5 Douglas
County citizens with ‘Invest in Veteran’s Week’ certificates to honor their service to other veterans, their service to our
country, for hiring veterans, and for their veteran-owned businesses. The accolades were divided into three groups:
veterans who invest in veterans, businesses that hire veterans, and veteran-owned businesses. He then spoke about the
honorable actions of several veterans in the room, as well as his favorite veteran, Mel Cheney, a U.S. Army veteran,
formerly with the Community Cancer Center. A copy of the video from the presentation can be found on the Douglas
County Government Facebook page at: https://www.facebook.com/DouglasCountyeGovernment. Attending the
the presentation today were:

At the end of the presentation, Jim Little approached the podium and added to the honors by praising
Commissioner Tim Freeman for his continued dedication and service to Douglas County Veterans.
“A heartfelt thank you to all of these folks and to everyone and every business that do so much to honor and
invest in our local veterans,” stated Commissioner Freeman.